0 Antwerp Diaspora around the world 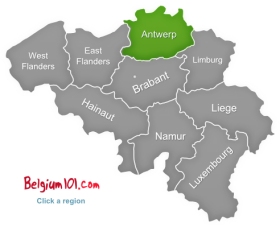 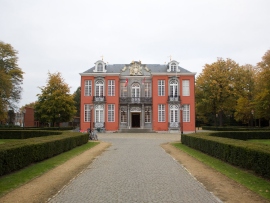 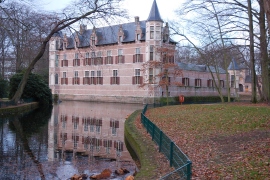 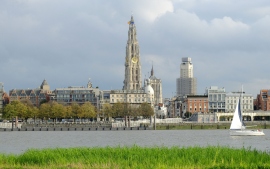 OlV_toren_en_Boerentoren_Antwerpen_vanaf_Linkeroever - By Jules Grandgagnage (Own work)
[CC-BY-SA-4.0], via Wikimedia Commons 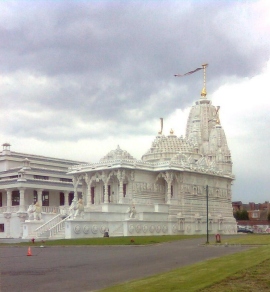 Templejaindanvers - By Abdel Sinoctou (Own work)
[CC-BY-SA-3.0], via Wikimedia Commons


Antwerp is one of the most beautiful and culturally important cities of Belgium. The city is known for its architecture and other splendid pieces of art. This city is the second largest port in Europe and handles almost 50 percent of the traffic and cargo of Belgium.

Some of the best places to visit in Antwerp are:

1. Plantin Moretus Museum: This museum served as the home to the 16th century painter Christoffel Plantin. This museum is regarded as world's first museum that is dedicated to printing. The museum has a number of other works that were made by other artists during the era of Renaissance. Some of the works have been selected in the World Heritage List that is compiled by UNESCO.

2. Bourla Theater: This is a Neo Classical theater building that was built during the 19th century. The theater is known to host several band performances and music concerts. The pastry salon is one of the best in Belgium.

3. Red Light District: The red light area of this city is one of the highly popular amongst the travelers coming here. The area is a great boost to the sex tourism in the country. The area is under the constant police surveillance so that you can be assured that are there are no illegal activities going on.

4. Diamond District: This is the place that is known for its several diamond shops as well as the stock exchange of the city. This place is one of the largest diamond exchanges in the world. The district is also known for its ethnic and cultural perspective.

5. The Antwerp Zoo: This zoo is one of the oldest zoos in the world and is located right next to the central station. It was founded in 1843 and is the shelter to almost 800 species and many thousands of animals. This master piece of nature is in the center of the city and has even won a prize for the most romantic and the best preserved 19th century zoo in the year 2007.

6. Middleheim Park: This is another place where you can spend some time with your family and friends. The park is a popular picnic spot and it also has an open air auditorium that displays the famous works from artists like Rodin, Hans Arp and Henry Moore.

7. Cathedral of Our Lady: This is one the impressive and largest Gothic cathedrals of Europe. The cathedral was built during 14th century and houses some of the best works of Ruben.

Can't see your surname here? Check for your region of origin here: