Design your own WATERS Family Crest

This surname was recorded on early records in many different ways, including as Water, Wharter, Wauter, Waters, Watheys, Watters as well as the diminutives Wattie, Watha, and Wathey.

It has two possible origins. The first derives from the personal name Walter, and with the 's' added at the end would mean 'son of Walter'. This name was introduced to Britain after the Norman Conquest of England in 1066.

The second origin theory relates to a locational name, in that an ancestor would have lived near to a body of water or marshland, or a place with Water(s) in its name, such as Waterson, a village in Dorset. In this sense, related surnames would include Attwater and Attewater ('near to the water'). It could also have originally related to someone who earned a living by navigating waterways.

Watson and Watts would also derive from the same origins, Wat/Watt being a diminutive of Walter, or a contraction of Water, and as such would literally mean 'son of Walter' or 'son of Watt'. These variations were more commonly seen in the north of England and southern Scotland.

In Wales the Water(s) surname was historically most often seen in south Wales, in particular in Monmouthshire, as well as in Pembrokeshire and later, to a lesser extent, in Glamorgan and Breconshire.

Surnames of the United Kingdom (1912) by Henry Harrison

Hi my name is Kat, from Australia. I have several ancestors from Ireland from different countys. Im starting my ancesrty trail with my 2nd great grandfather, John Waters.

John Waters est dob 1820 from Killbeggan Westmeath?.
I cannot trace anything, this info was obtained from a birth cert. He came to Australia prior to 1846, as he had a child that year. He then married in 1851 to Margaret Halloran (daughter of Patrick Halloran dob1805 Tulla, Co.Clare & Mary Duggan dob 1815 Tulla, Co.Clare)
I ?cant find any details of him entering Australia (if he was a free settler or convict?) On a childs birth cert x marked his spot. 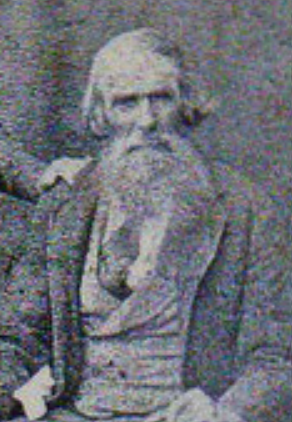 Hi there, looking for any Waters family prior to Nicholas married Elizabeth Wiseman in 1728 Kilshannig by Mallow - Cork, Ireland. Family story the Waters came from France- any information welcome - thank you

Looking for the father of Patrick Joseph Waters, born 1817 in Wexford married Anne Ferry moved to Birkenhead, Died 1885, but I think some of his family emigrated to the United States. I've found a John Waters from Wexford born 1790 married Mary Wood as a possibility.

Not known if James waters was born in Ireland or US. Born 1835

Ancestry known back to Joseph Waters married to Agnes Marie Daly. Emigrated to U.S. shortly after marriage 1888/89 in Dublin. Cannot locate any ancestors prior.

Areas of Origin for WATERS

Write an email address and click 'Invite' to share this page with more members of the WATERS tribe.

Discover where the WATERS Family members live around the world

Show off the WATERS Family Crest…