See one of our recent Ireland101 Tribe Gatherings 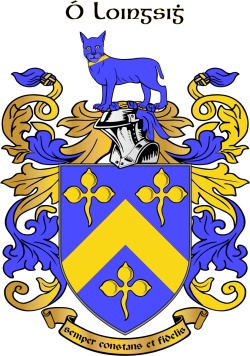 Ó Loingsigh - anglicised as Lynch, and earlier as Lynchey etc, from 'loingseach' - a mariner, from 'loingeas' - a fleet or navy.

Several unrelated septs of Ó Loingsigh existed in Ireland, perhaps the most important being the Chiefs of Dalriada in the very north of Ireland; they are often mentioned in the 'Annals' ( 'Four Masters','Ulster' 'Clonmacnoise' & c). Fr Woulfe says in his 'Sloinnte Gaedheal is Gall' (1923) that they are still numerous there. Ó Loingsigh of Owney in present Co Tipperary were well known in the land; as were the former Chiefs of Cinel Bacaid in Co Cavan, still numerous there. There was a sept in Thomond who were the Dalcassian Chiefs there, and numerous in Cos Clare and Limerick. There was a sept of the Corca Laoighe in West Cork; another sept of Ó Loingsigh of the Uí Fiachrach in Sligo, and another in Co Meath.

Woulfe says the name Lynch also derives from Ó Loingseacháin, a sept of Cinel Eoghan, descended from Loingseach, King of Ireland. This name, in the form of Lynch, he says, is found in modern times in Cos Donegal, Mayo and Cork.

De Lench, was a Norman family, originally settled in Knock, Co Meath and Macherydernan in Westmeath. It is this Norman family's arms which are displayed here, with the famous lynx crest (a pun on their name) and the blazon of 'azure, a chevron between 3 trefoils slipt, or', not those of Ó Loingsigh. The leading family moved, circa 14th century, to Galway where they became the most influential of the 'Tribes' of Galway city. 84 members of this family were mayors of the city in a period of 169 years. Their power in Galway was shown by their castles and lands, e.g. Newcastle, Barna, Drimcong & c. In later times they were noted for their support of the Jacobite Cause, and as a consequence lost lands and holdings.

In R.E. Matheson's 'Varieties & Synonymes of Surnames...in Ireland' (1901) Lynchahan and Lynch are recorded as synonyms in Inishowen, Donegal, and Lynchy/Lynch in Cootehill, Co Cavan. These clearly point to Ó Loingseacháin and Ó Loingsigh, respectively.

There is also an English family of merchants (circa 14th c) from near Canterbury, Kent, whose surname is Lynch, possibly derived from a habitation name in Sussex, from Old English 'hlinc'- slope or hillside.

Patrick Lynch (1757-1818) of the Ó Loingsigh Thomond sept, and born in Clare, was a Gaelic scholar and linguist of repute.

Tell us about any famous LYNCH (or surname variant) you think we should add here. We will get our genealogists to check them out and add them to the list. Thanks!

Join the conversation with the LYNCH tribe

Hi, Do you have any information on any of the following from Buncrana Donegal. George Lynch farmer who married Bridget Doherty at Cockerhill RC Church Abt 1861. He had a brother named James who married Martha Frield George Lynch Bridget Doherty Lynch had the following children. 1860 Mary. 1862 Elizabeth. 1865 Edward. 1867 Matthew. 1870 Charles My Grandfather. 1872 James.1874 George. 1876 Margaret. Abt 1880 Susan Lynch who migrated to Boston USA. Any descendents out there who wish to add to the family history?

Looking for descendants connected to John Lynch b.1813 in Donegal, Ireland. John emmigrated to the Boston, USA area via New Brunswick,Canada in 1834. Johns will lists his parents names as James and Bridget Lynch of Donegal. Ive hit a stone wall for the last couple of years and could use some help. Brothers of John are William and Cornelius I believe. Thanks.

My grandmother - Julia Sullivan married John Lynch. They lived in Banteer, Cork, Ireland. Later moved to the USA. They had 4 children - John, Maurice, Mary Catherine May and Ellen Marie Nell. Any relatives out there?

For VirginiaKathleen look at my addition to above text re the synonymous usage of Lynchahan and Lynch in 19th century Registers in Inishowen, Donegal, as noted by the Register General Matheson in his Varieties Synonymes of Surnames...in Ireland 1901. This means a strong likelihood of Donegal Lynches being O Loingseachain, especially taken together with the comments of Woulfe, supra.

My mother always told me we were descended from the Galway Lynches, but her mother Katherine Bridget Lynch and her 7 siblings were born in Moville, Co. Donegal. Her father, Edward Lynch, was a marine engineer, and her mother, Katherine McLaughlin, was a District Nurse. They resided on Quay St. and sadly, died at young ages, when my grandmother was 9 leaving 8 orphaned children 5 of which were minors. They went to live in a Catholic orphanage across the Bay of Inishowen in Derry. My grandmother immigrated to NY and Brooklyn in 1911. Later married John Barr of Ballymacarthur, Donegal. Hello...

Lynching is attributed to Charles Lynch 17361796, an American Revolutionary who headed a Virginia court punishing supporters of the British. I prefer the story I was passed down, that it originates from a Mayor of Galway, James Lynch, who hung his son from the balcony of his house in 1493.

Areas of Origin for LYNCH

Write an email address and click 'Invite' to share this page with more members of the LYNCH tribe.

Discover where the LYNCH Family members live around the world 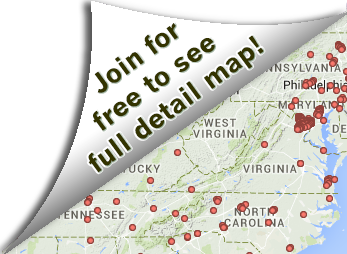 Show off the LYNCH Family Crest… 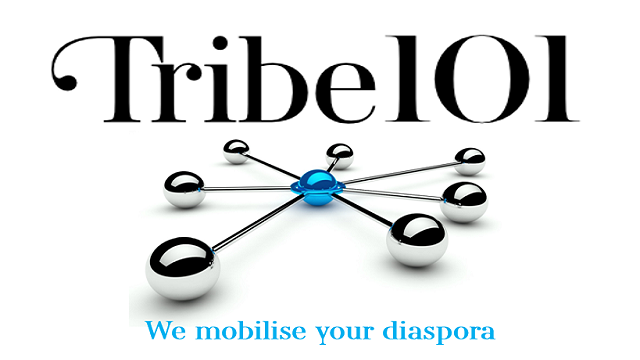 Tribe101 gets your message to your Global Diaspora 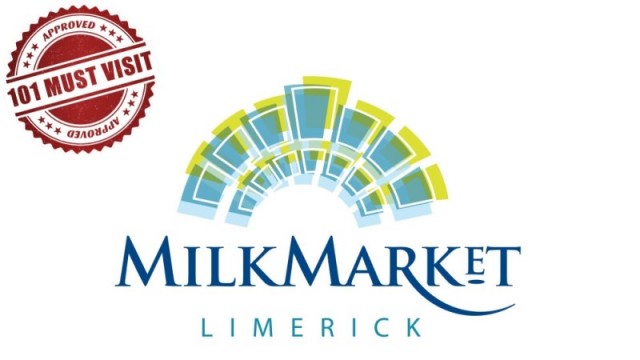 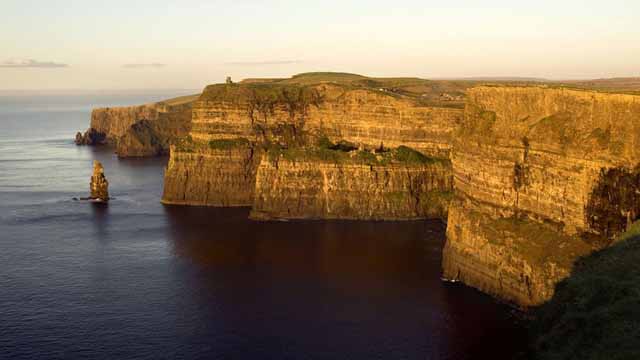 Tour from Dublin to the Cliffs of Moher 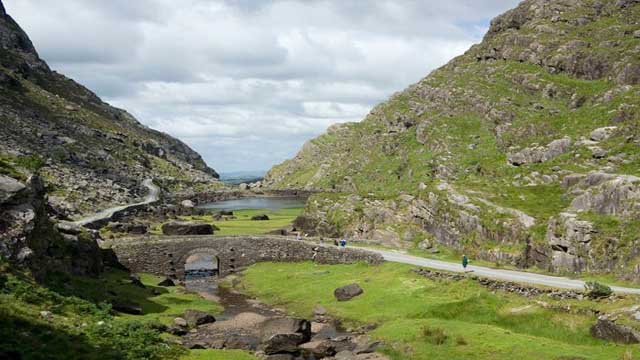 Travel by Rail from Dublin to Kilarney 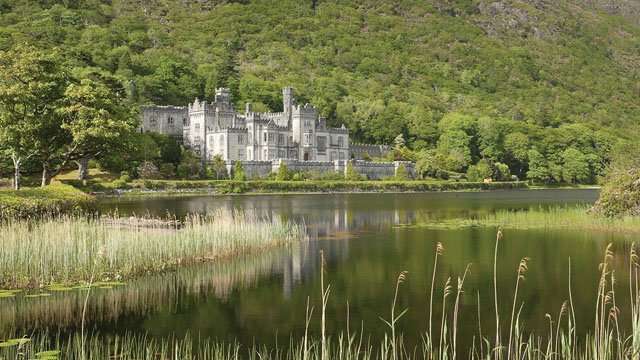 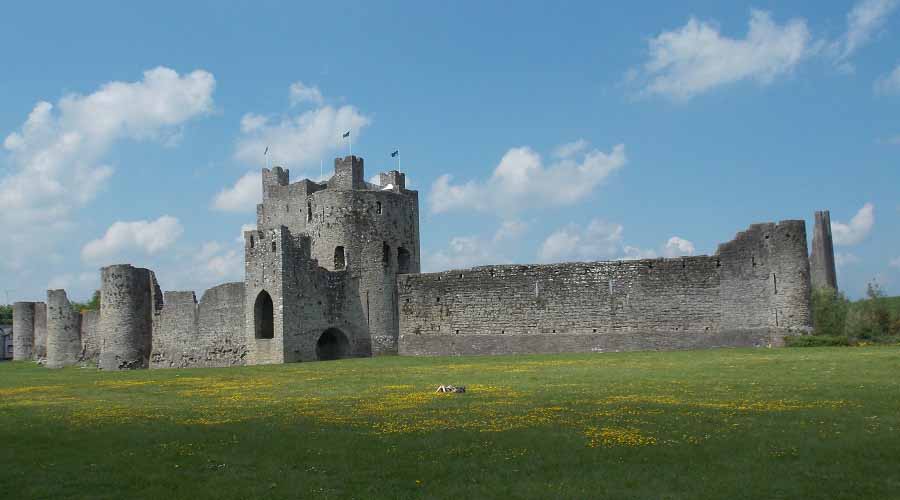 A tour of Celtic Ireland through the Boyne Valley 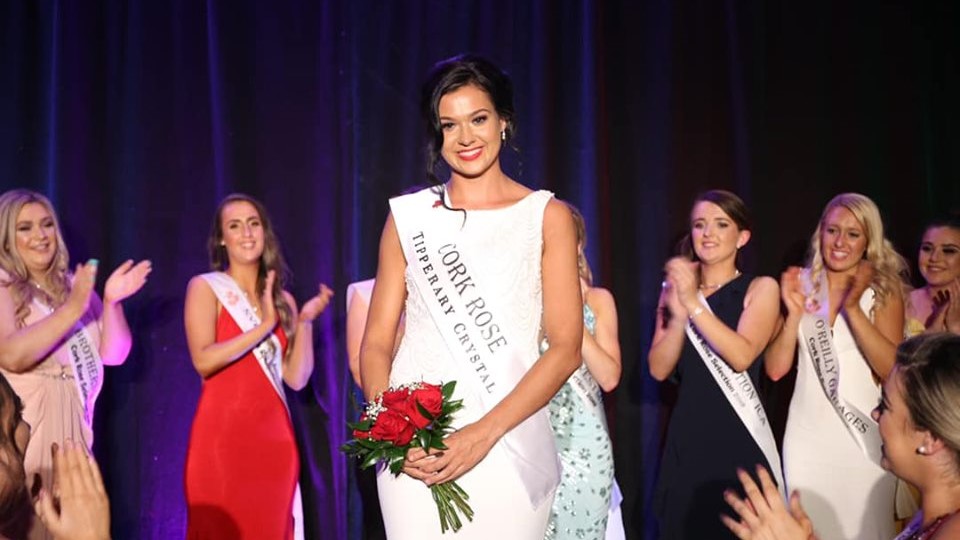 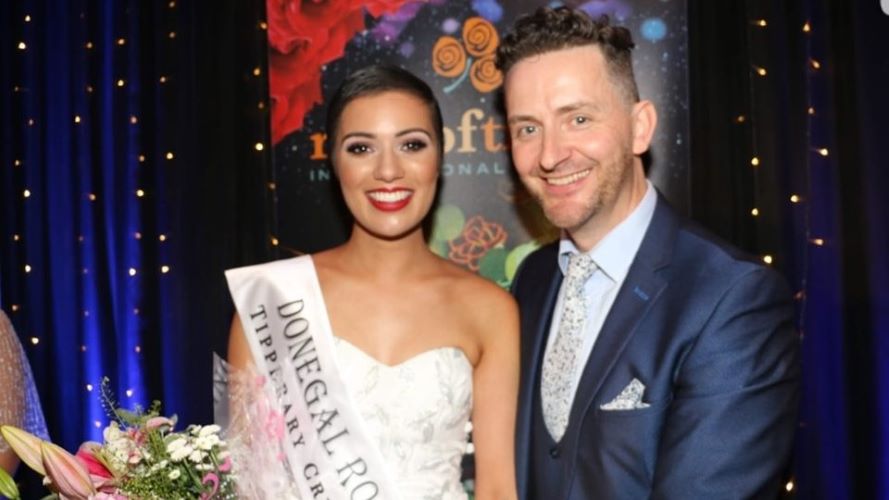 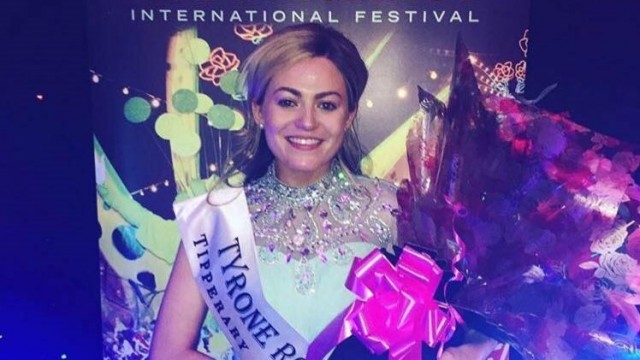 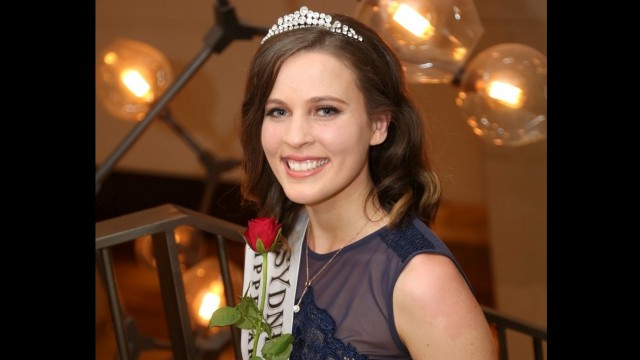 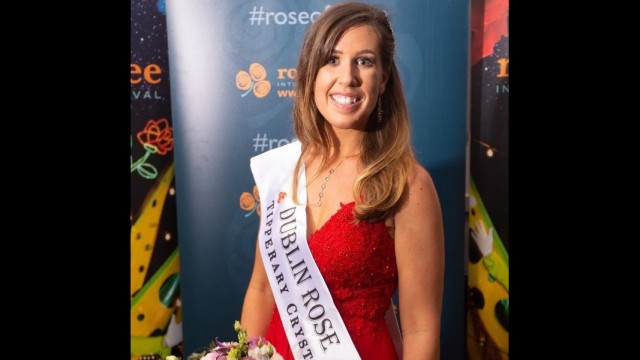 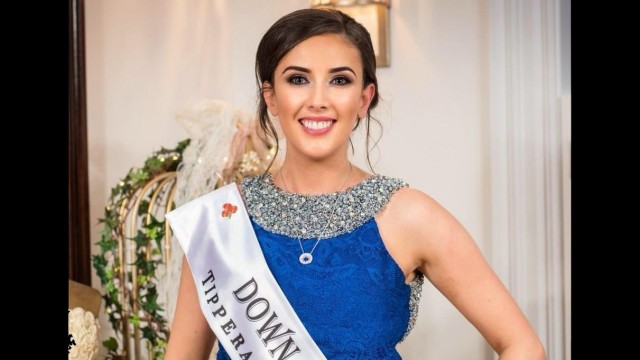 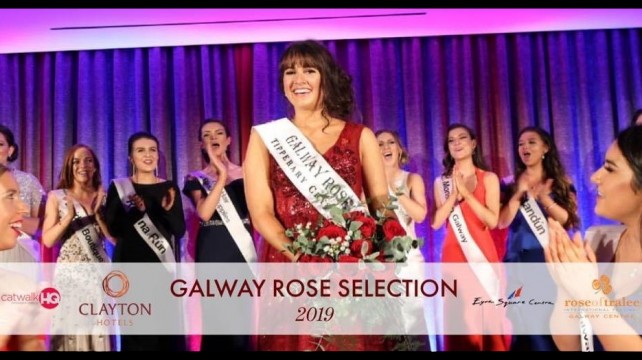 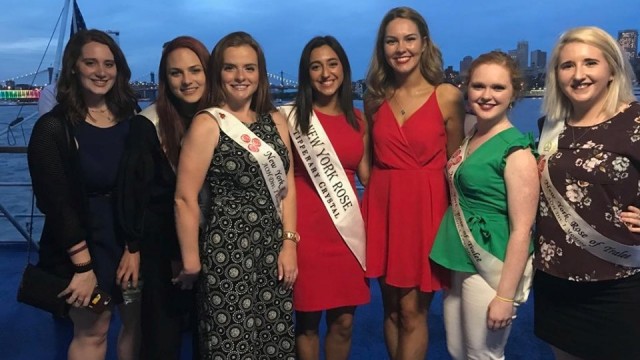 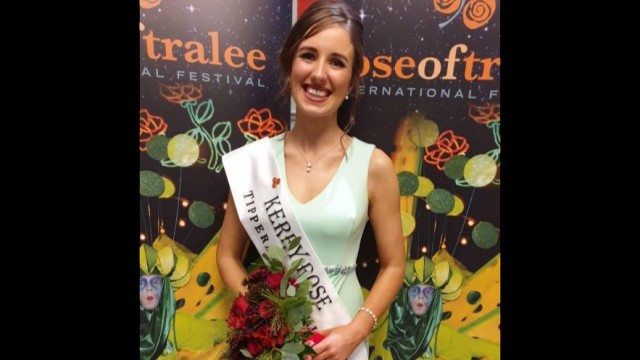 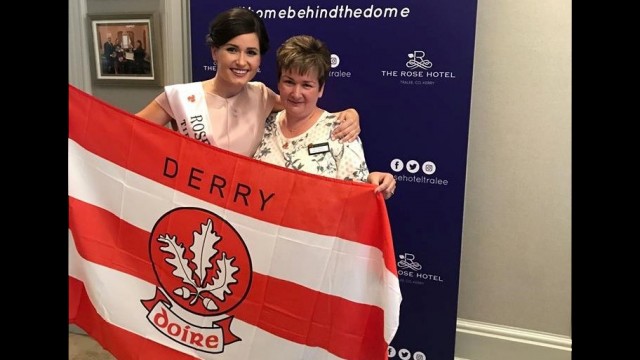